Last Friday 28th February the students from  2nd to 4rth ESO of Montbui High school went to an excursion in Igualada to see the play The Portrait of Dorian Gray.

The  play was performed by one actor and one actress, and during the play, they had to do different tasks at the same time. They had to represent the characters, and also, to move all the practical and original decoration, simulating the three main places where the play occurs.

Although the actor plays the role of Dorian Grey the actress plays 3 characters. The main character of them, was Sybil Vane, the fiancé of Dorian Grey. She was pretty and lovely. The other character that she performed, was Henry Wotton, the best friend of Dorian Grey. A clever man. Eventually, she also played the role of Basil Hallward, the brother of Sybil who was very strange and violent.

There was also an extra character who came from the audience and performed the painter. It was so funny and unexpected!

Under our point of view, it was a nice play, very visual and easy to understand because of the interaction between the audience and the actors.

All of us enjoyed and loved  not only the plot but also the atmosphere. It was fantastic!

It was a different and appealing way of learning English. 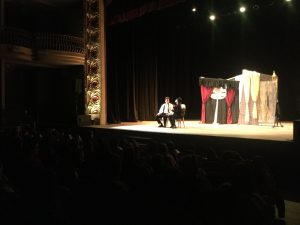 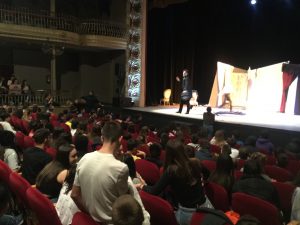 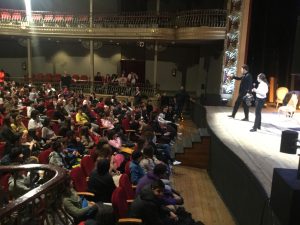 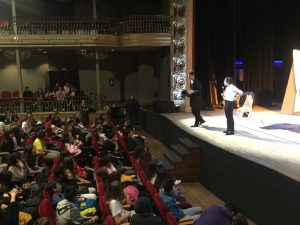