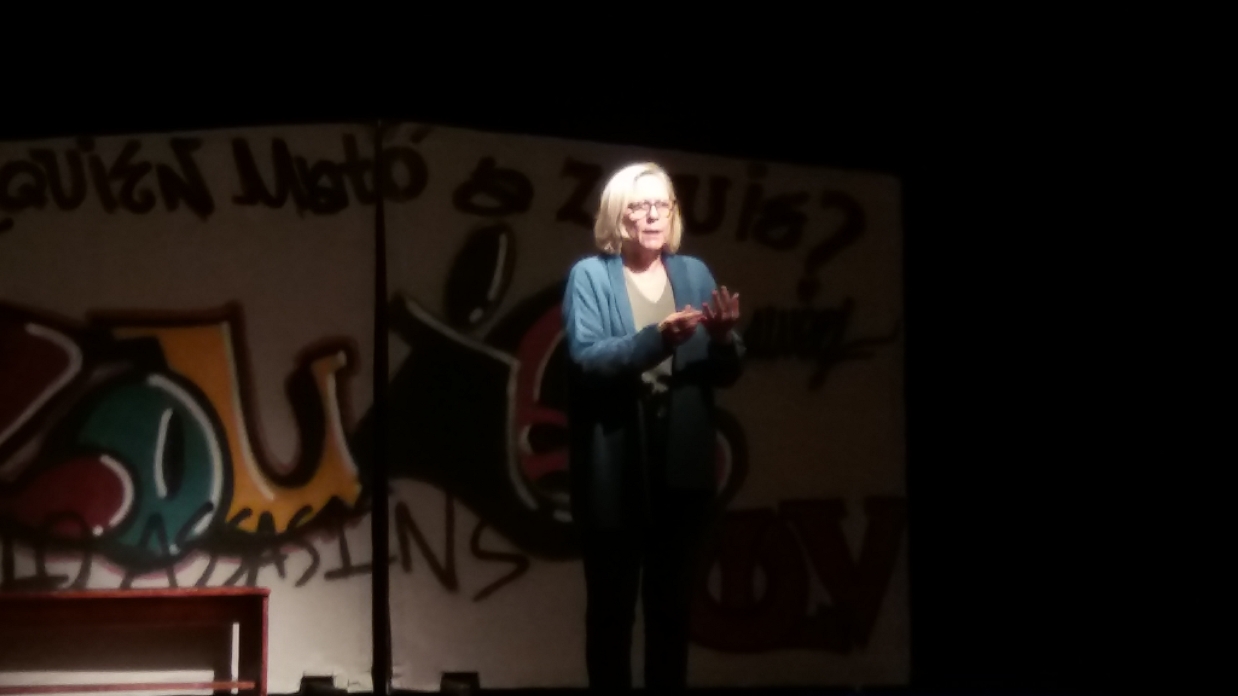 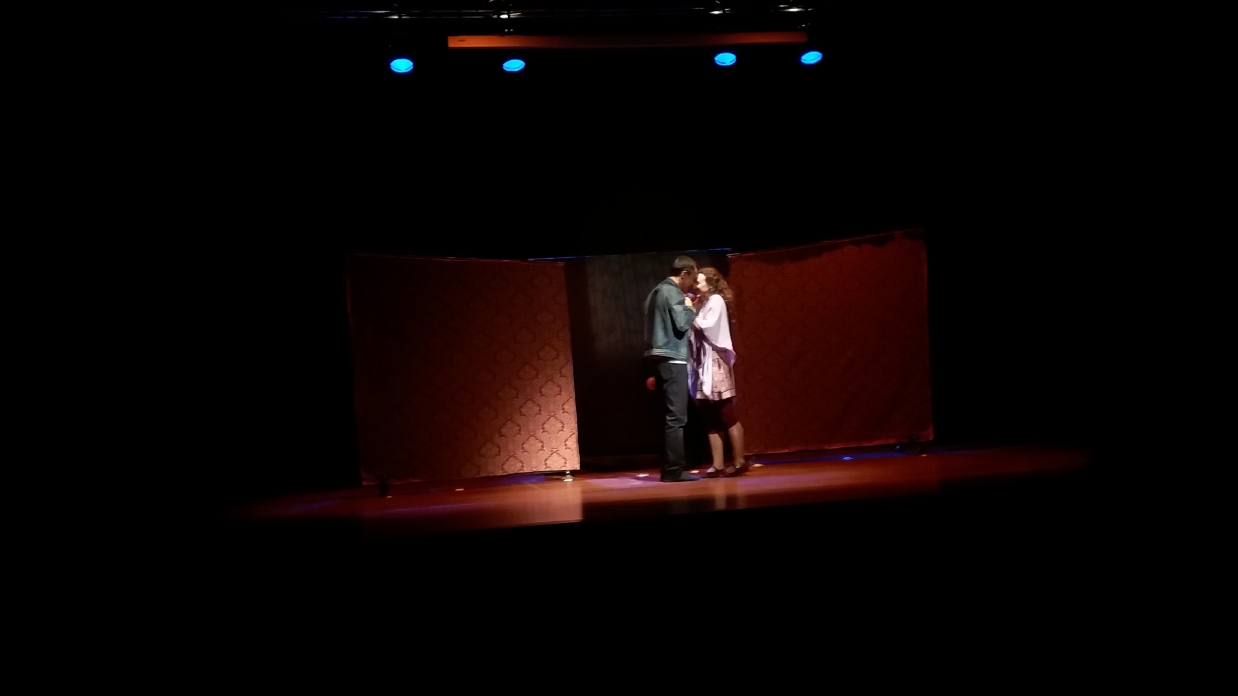 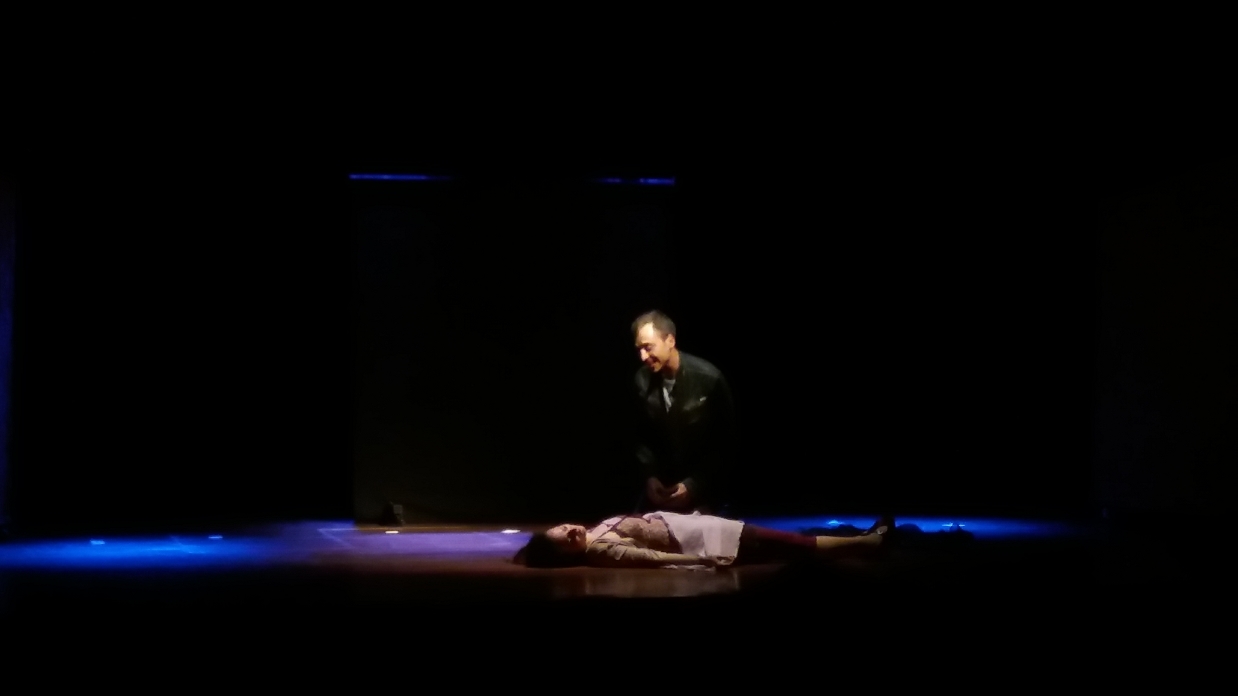 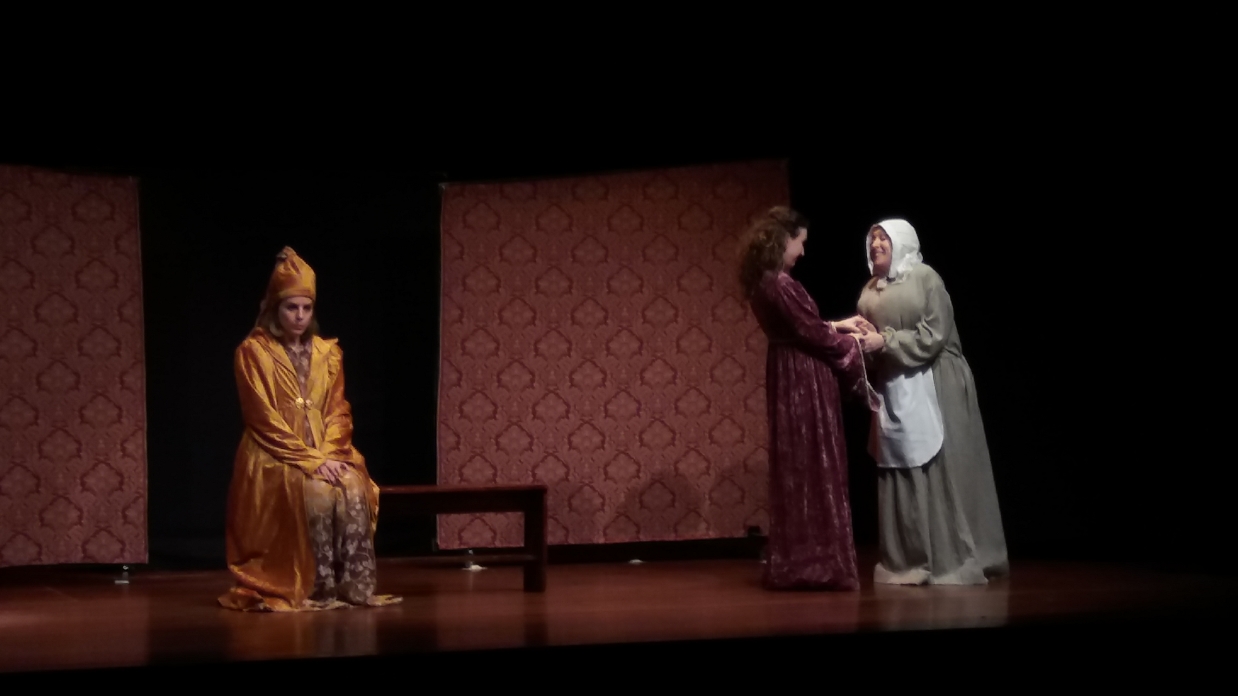 We find ourselves in the fictitious country of Belrania whose capital city, Belrane, has been plagued(1) by a series of terrorist attacks committed by the Vironia Liberation Organisation, or VLO, a separatist movement seeking autonomy for the territory known as Vironia. The VLO (or OLV in Spanish) is also fighting to legalise the use of the Spanish, which is banned(2) throughout Belrania, the only official language being English. Those caught speaking Spanish are immediately arrested(3).

… It’s Saturday night. Romeo Montague and Benny argue(4) about a violent VLO demonstration in Belrane. Romeo does not like the violence, but Benny justifies it. They meet Marty who invites them to a masked party at the house of the rich Capulets. Benny feels nervous about going because he knows there will be secret police there (Benny is illegally involved(5) with the VLO). Marty persuades them to disguise(6) themselves with masks, but before they leave, Romeo describes the strange dreams(7) he has been having – set in olden times – about a beautiful girl called Juliet. Marty teases(8) Romeo for being such a romantic.

At the party, Romeo is totally shocked to meet the girl in his dreams. Juliet actually exists and is not only a figment of his imagination. After the party, Romeo secretly visits her outside her bedroom window. They quickly fall in love. The problem is her family, especially her cousin, Tobias, detest all Spanish speakers and anyone sympathising with VLO. If they ever suspected that she was seeing Romeo, there would be a huge scandal and the two lovers would be in serious trouble. 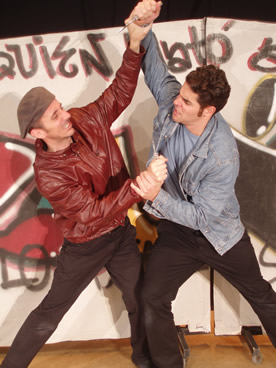