Watch the video about The Basics Rules of Touch and remember the rules that you know and practice all these days at Physical Education.

1. Teams consist of up to 14 players with a maximum of 6 players on the field at any time.
2. Players may interchange from the side of the field as often as they wish.
3. Attacking team has 6 attempts or touches before possession changes unless other rules are infringed.
4. If the ball is dropped or knocked on a change of possession occurs and the game starts with a rollball.
5. Attacking players may run with the ball or pass the ball sideways or backwards
until they are touched.
6.If a player passes the ball forward a penalty occurs for a forward pass.
7. A touch is any contact between the player with the ball and a defender. It must be minimum force.
8. At the rollball all defenders must retire or move backwards a minimum of 5m.
9.A touchdown is scored when an attacking player places the ball on or over the scoreline.
10.The team that scores the most touchdowns in the game is declared the winning team. 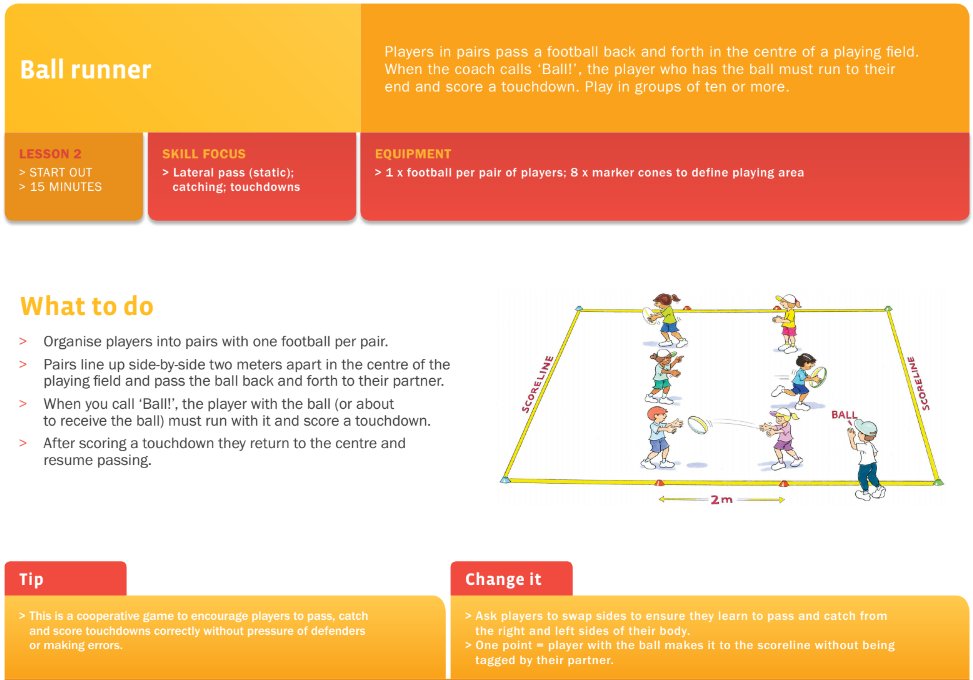