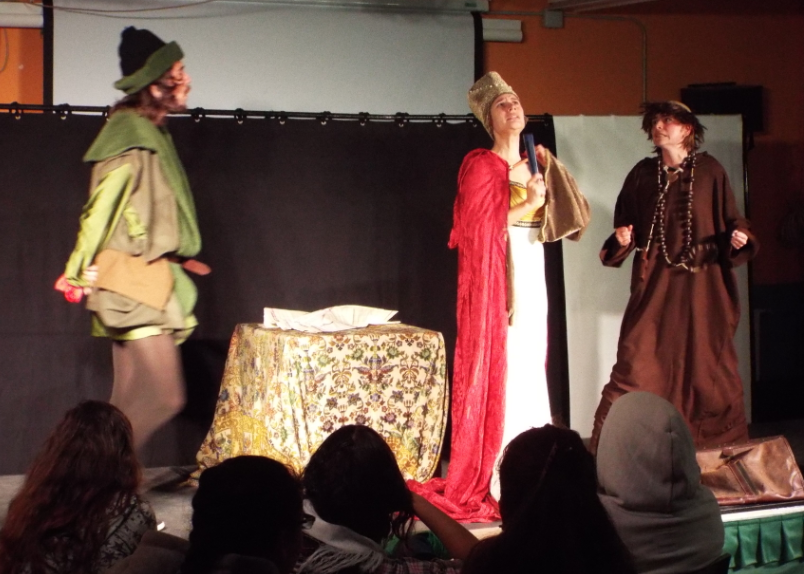 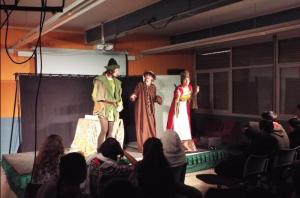 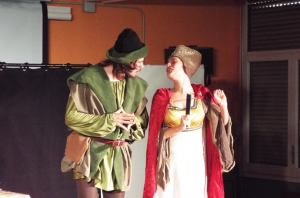 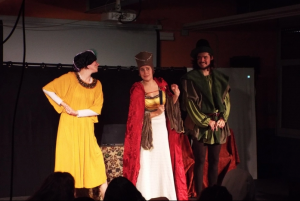 My Lucky Compass: The play is based on the adventures of Christopher Columbus but has an amusing twist to events. Before setting sail, Columbus is transported to 21st century England on a quest to find his lost compass.

Just before his important voyage to discover a route to Asia, Christopher Columbus can’t find his compass. Queen Isabella of Spain, his sponsor, suggests that they go to her fortune teller, Fuster, for help. Fuster uses his special powers and discovers that the compass has travelled into the future, to 21st century Bristol, England. Luckily he is able to teleport Columbus into the future so that he can get his compass back.

In the future, along with the English weather and the food, the accidental tourist discovers lots of new inventions and makes new friends. Columbus is finally reunited with his compass and is able to return to Spain, to 1492, and to make history.