Are you enjoying the holidays? We hope so!

The end of the school year was fast, intense and full of activities. We know it’s late, but we don’t want to lose the opportunity to share with you all them.

Since November until end of May, the school has participated in an Education Department programme called “Sharing to learn“. It consists on that some students of 4th ESO from Montpedrós High School came every week in the afternoons to help our students with the English communicative competence.

They did speaking activities and helped all the time, using English as the communicative language. We were very happy to share this experience with them and we only can say THANK YOU LANGUAGE ASSISTANTS!!!!!! You are great!!!! 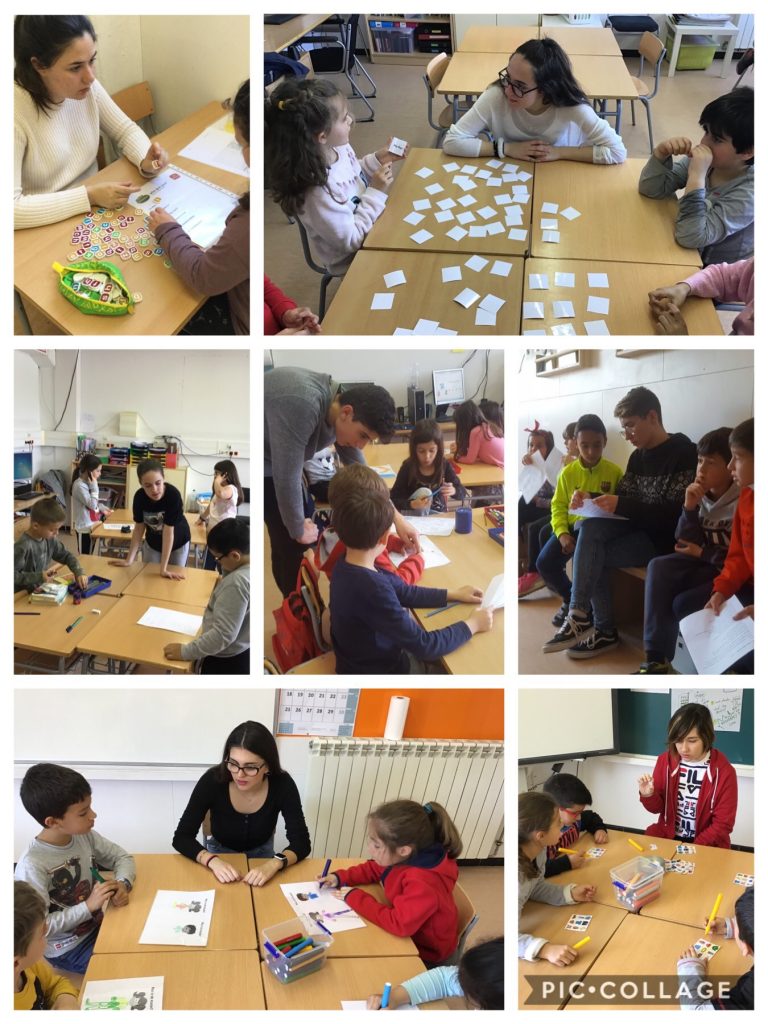 The 14th and 17th of June, the II Vinyes Festival was celebrated. It consists on a project done by the 6th grade students during the last month of the school year. The Vinyes Festival is the end of the project, but they did a lot of previous activities to prepare it:

We can not show the films due to rights reserved but I can say that the films are extremely good. They did a great effort and did their best. So, CONGRATULATIONS!!!

Here you have some photos when the groups presented their films at the II Vinyes Festival celebrated at the library of the school. 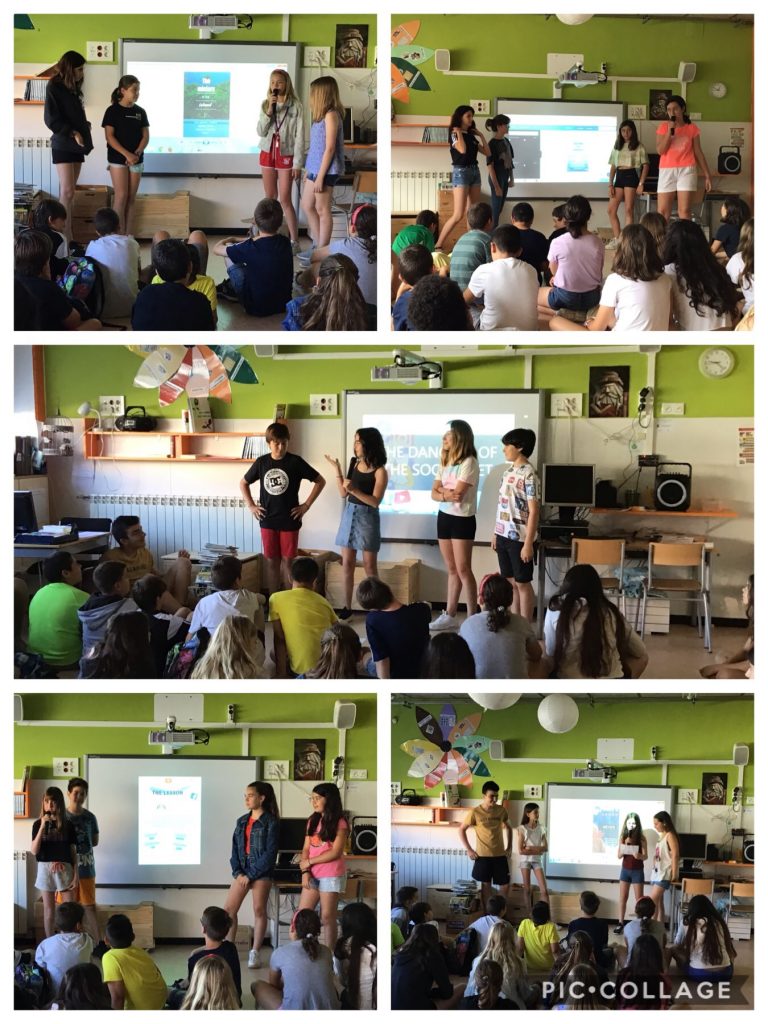 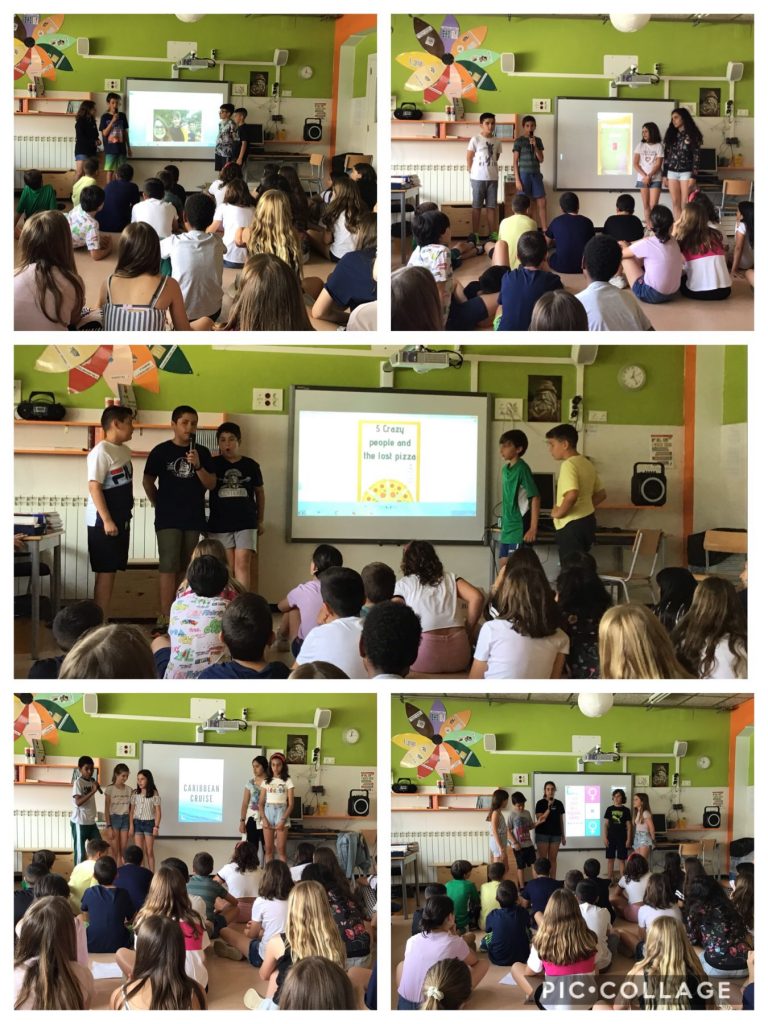 As any important Festival, there were awards to: 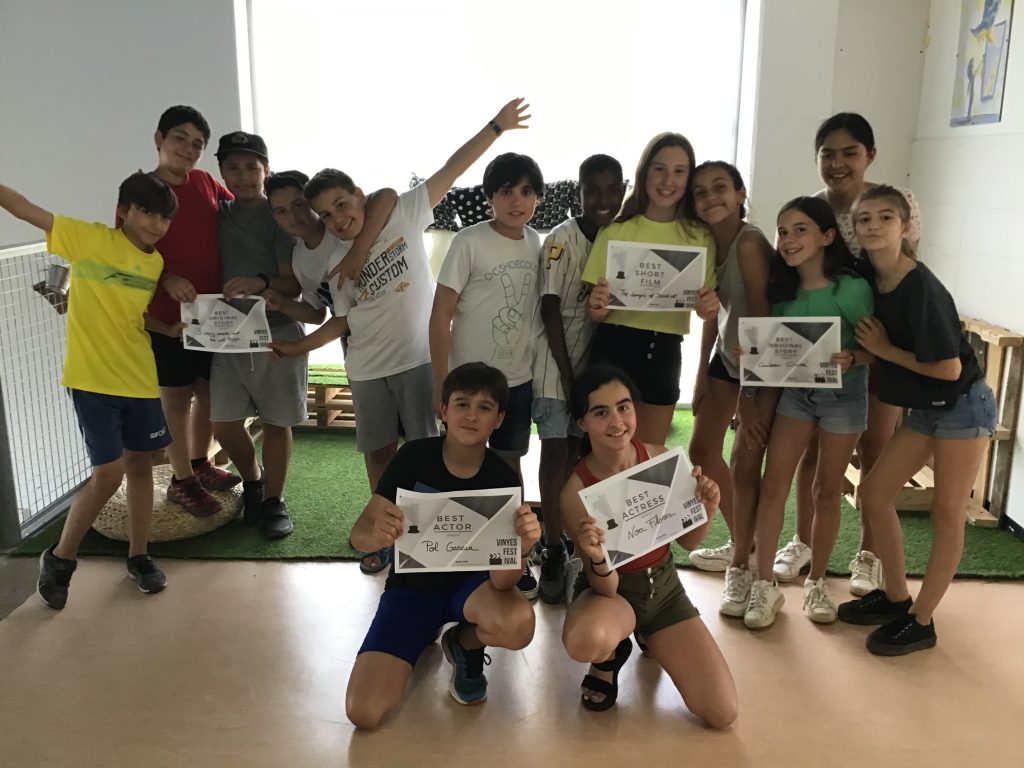 Last day of English class, the group of 4th B could do an online meeting with our friends from Wales. It was about learning vocabulary about the other country. So they learnt some Spanish and Catalan words and we learnt some words in Welsh. It was nice to speak with them again. 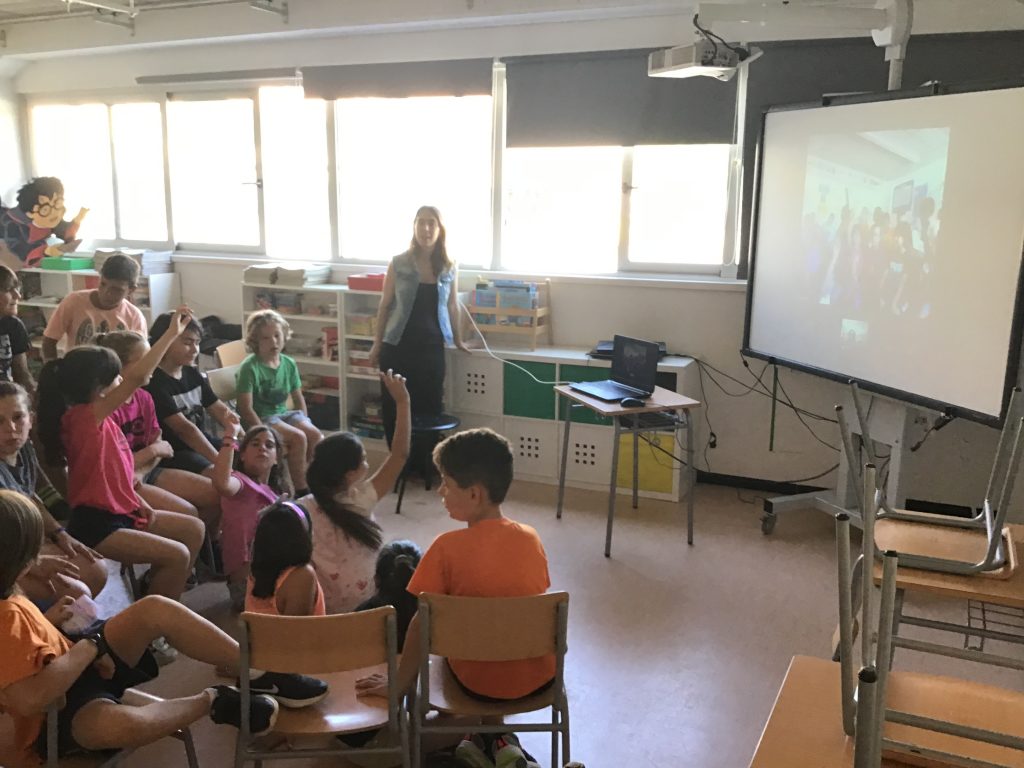 And that’s all folks! Enjoy your holidays!!!!