Clue 1:  A man is dead.  He died in a room with no windows and the door is locked from the inside. 1-   Here you have to draw a cartoon story that has these different sections.

Clue 2:  When the police arrived the man was hanging from the ceiling with a rope around his neck.  His hands were tied behind his back. 1.-Look at the newspaper article. Listen. What was the crime?  Where did it happen?

2.-Read the text again and answer the questions.

3.- Do you know any other stories of thieves (real or fictional)? What did they steal? Did the police catch them?

There was a famous bank/train robbery in….

A few weeks/months ago…

REMEMBER: The plural of “thief” is thieves! The thieves stole millions of euros. 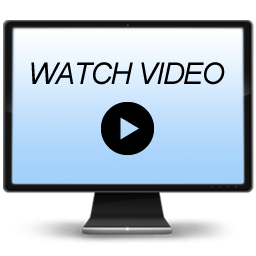 CROSS CURRICULAR: Find out about an ancient mystery in South America (Mystery on the Mountains Video)

Clue 3:  It is summer and it is very hot in the room. There is no furniture in the room, nothing at all.

1.-Watch the video in Edpuzzle on PAST CONTINUOUS AFFIRMATIVE, NEGATIVE AND INTERROGATIVE.

2.-Ask and answer these questions in pairs. Be ready to explain your partner’s answers to the class-group:

b) What was your mother/father/granma doing yesterday morning?

c) Were you listening to music yesterday afternoon?

d) What was the teacher doing on Christmas Day?

e) Were you celebrating “Caga Tió” on December 24th?

3.- Now click on the link and practice the past continuous. You will need a laptop or a mobile phone with Internet connection.

4.- Finally, you will play the Past Continuous Board game in groups of 4.

Clue 4:  Under the man there is a large puddle of water.

1.- Look at the newspaper stories. What do you think happened to the boy? Why are his parents angry? 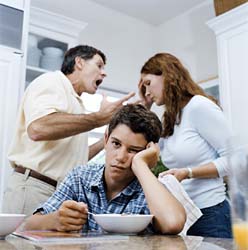 2.- Listen to two friends talking about the story. Check your ideas in Exercise 1.

3.- Listen again. Are these sentences true or false? Correct the false sentences.

a) The boy’s parents were going to talk to his teachers.

b) The boy called his father on his mobile phone.

c) The boy said the people took him from inside his apartment.

d) The police went looking for the boy.

e) The police found the boy.

f) The boy was hiding in another apartment in the town.

1.- Watch the video in Edpuzzle on Adverbs of Manner.

2.-As you noticed in the video, adverbs of manner tell us how something happens. They are usually placed either after the main verb or after the object.

An adverb of manner cannot be put between a verb and its direct object. The adverb must be placed either before the verb or at the end of the clause.

Clue 5:  After the police examine they body of the man they decide that his death is a suicide.  How did they know?

1.- Watch the video on COULD / COULDN’T in Edpuzzle.

2.-Now practice. Look at these expressions. Which things could you do when you were at primary school?

Now write 5 more things you “could” do and 5 you “couldn’t” do that are different from the above:

3.- Work with a partner. Ask and answer questions about the things in Exercise 5.

A: Could you swim 25 metres when you werer in primary school?

1.- Do you know the fictional character Sherlock Holmes? What can you tell about him? Check after with the listening.

In small groups, ask and answer these questions:

Do you like mystery? Do you read mystery books? Which ones?

Do you prefer watching mystery films or reading mystery books? Why/why not?

The hanged man:  Here is the solution to the mystery.  The man committed suicide.  He had a large block of ice in the room and he stood on it to put the rope around his neck, then he tied his hands behind his back and waited.  Because it was hot the ice melted and finally he hanged himself.  Did you guess?

Attention: This story is only for Fast Finishers!!!

1.- Read this mysterious story. Whom does Max suspect? Check unknown vocabulary on Wordreference.

It was late afternoon when Nina and Max Passed Miss Flannagan’s classroom at Harborville Middle School. they were about to go home when they saw their teacher scowling at Maria inside. Maria was also scowling and she was whispering to Miss Flannagan, while Megan and Patrick stood Listening Nearby.

Miss Flannagan motioned them to come in. “I have a problem” here. Maybe you two can help me with it. You’ve solved Mysteries before, so please think a bit about this one.” “What’s going on?” Max asked. “Give us the details. Why are you whrispering, Maria?”

“I have a cold,” Maria Whispered and popped a cough drop into her mouth. “I lost my voice two days ago.”

“But what’s the problem, Miss Flannagan?” Nina asked. “Surely you’re not looking for maria’s lost voice.” Patrick and Megan giggled, but they said nothing. Miss Flannagan didn’t smile. Nor did Maria.

“My shamrock plant’s missing,” Miss Flannagan said. “It was right here on my desk, a few minutes ago. I brought it to school so my students could see a true shamrock plant, but now it’s gone. I can’t find it anywhere. I left the room for just a few moments to take some books to the media center. I know the plant was there at that time because I watered it. But when I returned to my classroom, These three were here and my shamrock was gone. I think one of them has taken it. Maybe one of them is hiding it as a joke.”

Nina thought about the missing plant as she looked at patrick, Megan, and Maria. they all looked nervous and ill at ease.

“What do you three have to say about this?” Nina asked. “Patrick, you told me yesterday that you needed a gift for your grandmother who is visiting you. was taking Miss Flannagan’s plant the solution to your problem?”

“No,” Patrick said. “Megan and MAria were already in Miss flannagan’s room when I arrived to get my English Assignment. I didn’t see the shamrock plant. I didn’t take it they’ll vouch for me.”

“What about you, Megan?” Max asked. “You’ve worked on a lot of science projects and you’ve always liked unusual plants. Did you take the shamrock?”

“Of course not,” Megan said. “I already have two shamrock palnts at home. I didn’t take Miss Flannagan’s plant. I just stopped by to leave my book report on her desk. Maria was already in the room.”

Nina and Max stepped into the hall to discuss what they had heard. when they returned nina spoke. “We think we know who took the shamrock plant.”

Whom does Max suspect?

when it happened    (one day/night/summer (about ten years ago))…

Here is an example.

*We do not own any of the photos on this entry. All photos belong to Google images or pexels.